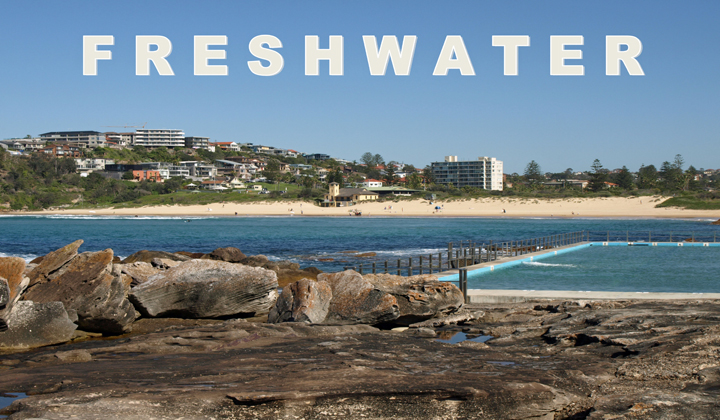 Formerly known as Harbord, Freshwater is approximately 2 square kilometres in size. Bordered on the East by the Tasman Sea, south by Queenscliff and Manly Lagoon, West by Nolan Reserve and to the North by South Curl Curl.

Freshwater has five parks covering nearly 9% of total area plus Freshwater Beach which is widely recognised as being one of the best local surf beaches as well as being one of the most family friendly beaches. Behind the beach is a large reserve area popular for family gatherings, BBQ’s. Pilu, Harbord Beach Hotel and the newly rebuilt Harbord Diggers Clubs are just some of the many quality eateries, cafes and bars located in the area. The people of Freshwater describe their suburb as a village which is the immediate impression one gets when visiting this area.

The predominant age group in Freshwater is 25-34 years. Households in Freshwater are primarily couples with children and are likely to be repaying over $4,000 per month on mortgage repayments. The local Harbord Public School has recently been expanded to accommodate a growing school age population.

The number of houses being sold in Freshwater in 2017 was significantly down from previous periods. No doubt this shortage of supply has contributed in part to the significant increase in house values in the area.

Shane Spence has been the licensee in charge of Bower Real Estate Pty Ltd trading as Shane Spence Real Estate since May 1997.  Shane is widely recognised as being a leading sales and auction specialist as well as managing a highly efficient property management portfolio on behalf of his clients. In the event you are thinking about buying, selling or leasing real estate in the Freshwater area, do not hesitate to contact Shane on 0412 226 722, or email shane@shanespencerealestate.com.au.